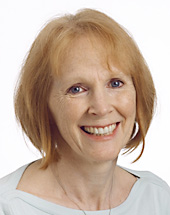 Thanks to improve this part with opinions from Kathy SINNOTT about Squaring the Net concerned issues (see page Help:Political_Memory to know how to do it).

Kathy Sinnott MEP for Munster is opposed to a series of amendments this week in Strasbourg to the European Telecommunications Directive designed to give the EU control over citizen’s internet usage. The proposed amendments to the could force internet service providers to turn over information on customers and monitor their internet usage. It could also force software makers to include spyware in their products to allow not only governments but also corporations to monitor citizen’s activities whether or not they are suspected of unlawful behaviour

Kathy Sinnott MEP said “I am a great proponent of net neutrality. The reason the internet is what it is today, is that no-one owns it and no company or government has as yet taken control over it. These amendments being pressed by some MEP’s seek to move Europe closer to the Chinese internet model where usage is monitored and where an individual goes online can be curtailed. This will give vast control over our lives to governments and in some cases corporations. I believe that law enforcement agencies should be allowed to pursue specific targets (eg. child pornography, terrorism) but monitoring the entire populace is not the way to go about it. These intrusions into our privacy would be unacceptable and I will be urging my colleagues to vote down all such amendments on July 7th.”

If these amendments pass they will come before the European Parliament for debate and vote in September or October 09. If you are interested in being updated. Please let me know.

I am a committed proponent of net neutrality. As the world becomes

more globalised it is crucial that people have the ability to communicate freely. However, this freedom, which is of great value, must be used with respect. It must be recognised that without this respect the internet harbours the potential for abuse.

We have taken action on some of the worst abuses on the internet, such as paedophilia. However, other abuses also need to be tackled. Internet service providers must play their part in preventing their platform being used for destructive forces like libel, hate and exploitation. I would say to the Commissioner that we need to do everything in our power to protect freedom and, at the same time, to promote responsibility on the internet.