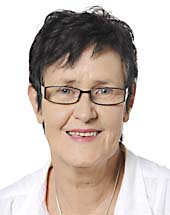 Thanks to improve this part with opinions from Eva-Britt SVENSSON about Squaring the Net concerned issues (see page Help:Political_Memory to know how to do it).

Madam President, I hope that many of our fellow citizens follow this

debate and get involved before the vote because this is so great changes, including on the Internet.

Third, Left reacts against the large influence that various industry lobby groups have had. Telecoms package should not affect copyright, but yet industry lobbies have received a hearing for the proposal. Lobbying the proposal accepted by all groups except the European United Left - the only group that voted against the Committee on Internal Market and Consumer Protection - opens possibilities for control of downloading and free access to sites such as myspace and youtube.

The amendments came in late and through the back door but there has been little debate among citizens about these major changes. For example, in Sweden, we have had a wide-ranging debate on file sharing. I work against the decision to prohibit file sharing at the national level, and I do so also at the EU level. The risk that we now take a decision at the EU level is greater than in the case of national decisions, because the lobby groups have had a major impact and influence in the EU system, and because many citizens do not have sufficient information when we discuss the issues at EU level. I hope for a strong civic opinion to guarantee freedom of expression and access to Internet services!