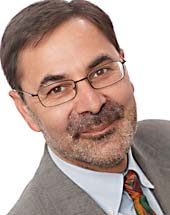 Thanks to improve this part with opinions from David HAMMERSTEIN about Squaring the Net concerned issues (see page Help:Political_Memory to know how to do it).

ambitious project that the European Commission introduced one year ago. It is a pity by many reasons, since consumers need an independent european management and not a club of national regulators strongly influenced by the national champions.

The Greens are against turning the European Agency for the Regulation of the Telecommunication Market in a simple club of regulators funded by themselves, lacking transparency and with not enough control or capacity of veto by the European Commission. The independence of this new body is in question.

The Greens defend technological neutrality and functional disaggregation to end with the dominant positions of the national big telecommunciations operators. However, the European Parliament has showed itself too shy, influenced by the lobbies, avoiding the interest of the new and more innovative enterprises, which are already providing a big part of the wireless services in Europe and which favor the citizens.

I regret to tell that, in general, a big opportunity to give much more european value added to the telecommunications market has been lost. We are worried particularly by some dangerous proposals of Harbour report which clearly infringe the Net Neutrality principle as a communication media, threaten the users' privacy, threatens feedom on the Net and above all, clearly exceed the legal scope of the telecommunication package when it talks about content, when talking about what is lawful or unlawful, legal or illegal, of intelectual property, when talking of information filtering.

This package deals with market infrastructure, deals with consumers and not about turning the Internet servers into digital policemen.