Difference between revisions of "ACTA: to keep in mind"

This page lists key points to remember in any discussion about ACTA. It also provides information about the current procedure at the European Parliament.
To help us fight ACTA, visit our page How to act against ACTA.

Against ACTA in general

Arguments against an interim report

In its strategy to delay the final vote on ACTA and defuse the debate, rapporteur David Martin is pushing for an "interim report". This is a bad initiative overlooking crucial political issues, which should be rejected:

Arguments against EU Court of Justice referral to the EU Parliament

An ECJ referral by the Parliament – pushed by ACTA rapporteur David Martin – is useless at best and most likely harmful, for the following reasons:

The following resources are also helpful in better understanding ACTA:

ACTA Procedure in the European Parliament

Most countries negotiating ACTA have already signed it, as well as most EU Member States. 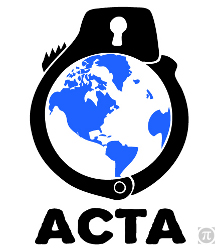 Before ACTA goes to vote before the whole of the European Parliament, several EP committees will be giving their opinion on the text, guiding the EP's final stance on ACTA.


This is why as citizens we must contact members of these committees to make sure they hear all about what is wrong with ACTA.

The International Trade INTA Committee of the European Parliament is the main committee working on ACTA.

The contents of INTA's report are therefore very important, and we need to make sure it reflects European citizens' legitimate concern about ACTA.

For more detailed information about the ACTA procedure in the European system, please see the procedure file.